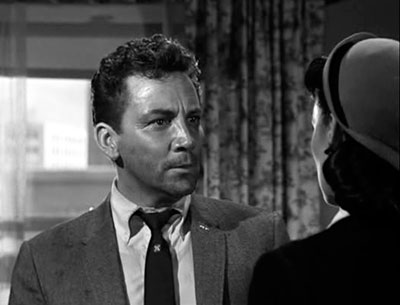 As the final piece in the Harvard Film Archives’s tribute to Houghton Library on the occasion of the 75th anniversary of its founding, the HFA and library present Barbarella and Monkey on My Back, two very special films that typify the spirit of Houghton’s major fall exhibition Altered States: Sex, Drugs, and Transcendence in the Ludlow-Santo Domingo Library. The exhibition will be open for a special pre-screening viewing from 5:45 to 6:45pm, and both films will be introduced by the exhibition’s curator Leslie A. Morris, Curator of Modern Books and Manuscripts, Houghton Library.

Monkey on my Back
Harvard Film Archive, Saturday October 28 at 9pm

Andre de Toth’s gripping character study was among the first Hollywood films to realistically depict drug addition, a topic considered taboo by the studios since the imposition of the Production Code. Based on the real-life struggle of former Marine and boxing champion Barney Ross and his descent into addiction after being treated with morphine as a wounded soldier, Monkey on my Back offers its story not as an aberrant story of lurid vice but as a cautionary tale that could happen to even the most outstanding citizen. The feverish exploration of the back alleys and seedy clubs where drugs and addicts were forced into hiding gives rich dimension to the dark underworld setting central to De Toth’s cinema. In the lead role—rumored to have been offered to Marlon Brando—Cameron Mitchell brings pathos and raw vulnerability to the suffering ex-fighter forced into another and more punishing kind of ring.
Directed by Andre DeToth. With Cameron Mitchell, Dianne Foster, Paul Richards
US 1957, 35mm, b/w, 94 min

Register for Event: Altered States Films: Monkey On My Back (1957)

Your ticket for the: Altered States Films: Monkey On My Back (1957)