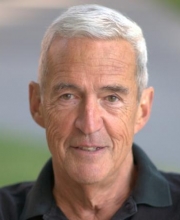 Morton B. Knafel Professor of Music

This handsome fourteenth-century manuscript, with its initial depicting Saint Maurice, contains music of the Ambrosian rite. Practiced in northern Italy in the middle ages, Ambrosian chant was is one of the few repertories able to withstand the onslaught of “Gregorian” chant. This manuscript was the subject of graduate seminars in 2005 and 2006 and during a trip to Milan by the seminar it was discovered that this manuscript is part of a volume, the remainder of which is now found in Gallarate, Italy. A conference called “Ambrosiana at Harvard” took place here in 2007, and a volume of the same name was published in 2010 by the Houghton Library.

Explore this manuscript in detail: in current (extant) order ; in reconstructed correct order

Tom Kelly speaks about this manuscript and Ambrosian chant

Your ticket for the: Thomas Forrest Kelly