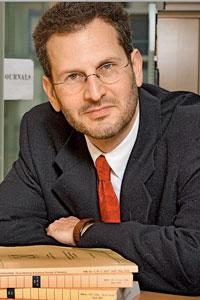 I, like all computer scientists, owe a great debt to Alan Turing, who invented my field of scholarship by devising the first universal computing device—the “Turing machine”, with its layout of squares containing discrete symbols manipulated under mechanical rules.
As an aficionado of the Oxford math don Charles Dodgson—better known as Lewis Carroll—I’m also fascinated with his work at the junction of logic and literature.
Houghton provided the venue for linking these two obsessions by providing Carroll’s own copy of his *Game of Logic*, which provides a universal logic device, not unlike the Turing machine. with its own layout of squares containing discrete symbols manipulated under mechanical rules.
Turing as a schoolboy checked out Carroll’s Game of Logic from the Sherborne School library. Could he have been inspired by Carroll’s work to develop his groundbreaking model only a few years later?

Explore a copy of this book at the Internet Archive

Your ticket for the: Stuart M. Shieber