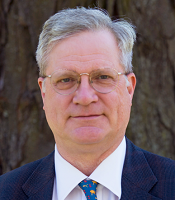 This was the first item I examined in Houghton. It was my freshman year 1969–70; the Vietnam War was raging. In the Freshman Union (itself a tribute to Harvard alumni in the Spanish-American War), I enjoyed an accidental breakfast conversation with Averell Harriman, in 1968-69 US negotiator for the Vietnam War peace talks. He was staying in Dana-Palmer House, then a guest house. Norton’s fascinating letters tied together a significant past event, a Harvard professor’s protest against it, and a significant present event. Many professors were protesting the Vietnam conflict. That relevance remained during the Iraq invasion—it still remains. From the moment I looked at Norton’s papers, it became clear how the Houghton could connect past, present, and future.

Your ticket for the: James Engell