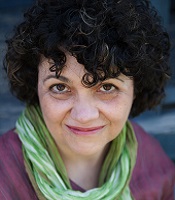 Samuel Ireland was a minor engraver on the margins of the London art world, an obsessive collector of Shakespeare memorabilia, and, alas, a gullible parent. So thrilled was he in 1794 when his teenaged son William Henry “discovered” a hoard of papers in Shakespeare’s handwriting that he determined to engrave their facsimiles for this 1795 book. The papers were, of course, William Henry’s forgeries: their ridiculous spelling quickly gave that away. Though it contributed nothing to Shakespearean studies (on the contrary), the Irelands’ book does teach us a tremendous amount about books themselves and the feelings books provoke. Samuel as an engraver had a professional stake in print technology’s powers of replication. And yet here he is attempting to make the printed book approximate a manuscript and share in its capacity to give us access to the body of its maker.

Deidre Lynch speaks about Ireland and his forgeries

Your ticket for the: Deidre Shauna Lynch