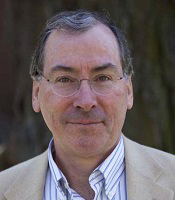 Even in its damaged, fragmentary state, this folio from tenth-century England has a story to tell. It comes from a Benedictional: a book of Latin blessings reserved specifically for a bishop. With ample margins, a bold hand, and prominent letters in colored ink (now faded), its splendid appearance affirmed the authority of its owner. It may have belonged to Saint Dunstan (d. 988), an influential reformer who eventually became Archbishop of Canterbury. The hand is a late example of Anglo-Saxon minuscule used for Latin, soon to be replaced by Carolingian minuscule. Some time after the Middle Ages the Benedictional was discarded, and this folio’s vellum was used to reinforce the binding of a now-forgotten book.

Explore the manuscript in detail

Donoghue speaks about the manuscript

Your ticket for the: Daniel Donoghue