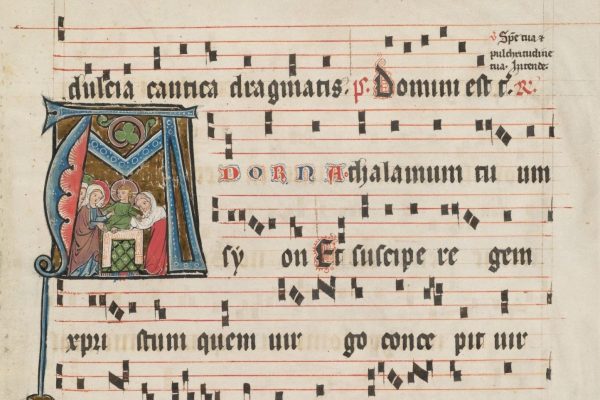 This lecture will consider a variety of illuminated medieval manuscripts from Houghton and other local collections, each of which has missing leaves, or larger parts, scattered in other collections around the world. It will try to demonstrate that by matching-up far flung pieces of books with those that are held locally, a picture emerges that is ‘greater than the sum of its parts’.

Join Peter Kidd again on Thursday, March 8, for a workshop on Researching the Provenance of Early Manuscripts and Books: A Practical Introduction.

Now based in London, Peter Kidd worked for more than 15 years in the Departments of Manuscripts at the Getty Museum, Bodleian Library, Sotheby’s, and the British Library, but has been freelance for the past decade, mainly researching medieval manuscripts on behalf of auction houses, dealers, private collectors, libraries, and Heritage organizations, in both the UK and the USA. He was Curator of an exhibition of treasures from the library of Corpus Christi College, Oxford, that traveled to New York and Washington, DC, in 2017. For more on Kidd, see his blog Medieval Manuscripts Provenance

The lecture is co-sponsored by Houghton Library and the Standing Committee on Medieval Studies.

Your ticket for the: Houghton Library-Medieval Studies Lecture in Early Book History